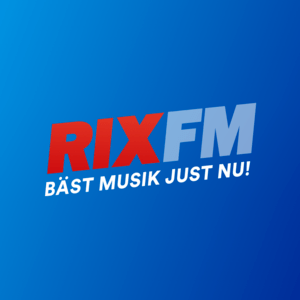 Need a great start to the day with the latest hits from pop and hits? Rix FM from Stockholm plays "Bäst musik just nu!". With the morning show Rix Morronzoo, most Swedes start the day in a good mood. The Rix FM Festival is Sweden's biggest festival. In 1993, the station started as Radio Rix and merged with Z-Radio in 1996. In 2004, the station took over frequencies and programmes in several cities from NRJ. Today, Rix FM can be received in all Swedish provinces via FM as well as via livestream. Rix FM belongs to the Viaplay Group.

Listen to RIX FM, NRJ Sweden and Many Other Stations from Around the World with the radio.net App