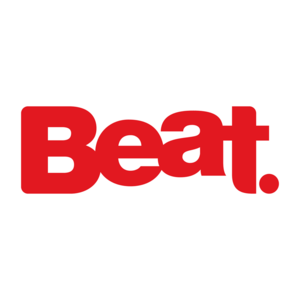 Listen to the online radio of Beat 102 103 live, the broadcast was launched in 2003, and operates as a regional commercial radio station in its Waterford studios, covering South East Ireland. The station's majority owner is The Irish Times. Beat FM is the biggest radio station in South East Ireland, and in its broadcasting area has the biggest audience in its target age group, which is the 15-35 young adult category, beating the big national players of Ireland’s radio broadcasters. The unstoppable dynamic of Beat FM in keeping the the air under its control comes from the mainly music dominated programme structure. The playlist is a colorful selection of the latest-hottest pop hits supplemented with some alternative, when at night anthems and old-skool styles take over the waves. The broadcaster also dignifies the nation, because on Sunday from 8am to 10 and between 10pm and midnight "Hit 30 Na Héireann" with Louise Cantillon, the station's Irish language chart music programme helps to keep the native Irish language alive. In the irresistible music flood also the informing takes place, so news bulletins with sports-traffic-travel-weather packages are aired regularly, and a lot of vivacious talk-shows diversify the schedule. Beat’s morning show, the "Beat Breakfast" makes the sleep-over impossible on weekdays from 7am to 10am with Niall Power and Shonagh Lyons. On Saturday, the "Weekend Beat Breakfast" led by Shonagh Lyons gives the starting momentum of the weekend from 7am to 11am. On Sunday mornings, the earlier mentioned "Hit 30 Na Héireann" with Louise Cantillon wakes the listeners from 8am to 10am.